New Book From John Gilmore, “On the Run With Bonnie and Clyde

New Book From John Gilmore, “On the Run With Bonnie and Clyde,” Separates Historical Fact From Pop Culture Myth 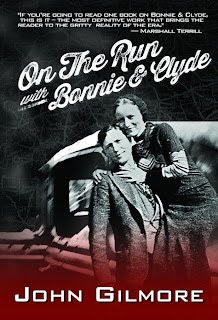 LOS ANGELES, Oct. 20, 2013 – Bonnie Parker and Clyde Barrow’s crime spree and grisly deaths have become the stuff of legend. And like all legends, much of the reality of the events has been glossed over with the passage of time. Author John Gilmore’s mission, to tell the real story of Bonnie and Clyde, has unseated the popular misconceptions that have held the public’s imagination. Gilmore places the reader squarely inside a succession of stolen cars on a dusty, two-year, devil-take-the-high-road spree of robberies, shoot-outs and murder—all the way to its infamous end in a torrent of bullets and blood. Gilmore delivers a captivating and factual tale of betrayal, demonization and bloodthirsty revenge. He exposes the demise of Bonnie and Clyde as an outright assassination—no due process, just a secretly mandated murder of Barrow and anyone unlucky enough to be with him.

Gilmore dispels the notion that Bonnie was an equal partner in crime. Instead, she was there to support the man she loved, and paid the ultimate price for that devotion. As verified by FBI and the State of Texas, Bonnie’s only crime was being an accessory to transporting a stolen car across state lines.

John Gilmore’s lifelong fascination with the Bonnie & Clyde case was spurred as a teenager when he had the unusual opportunity to see a coroner’s naked photo of Bonnie Parker. Gilmore’s father, an LAPD officer, was partnered with then-policeman Gene Roddenberry (later to become the renowned creator of “Star Trek”), who showed the younger Gilmore the seldom-seen and gruesome portrait. This disturbing recollection has now culminated in the publication of “On the Run with Bonnie and Clyde.”

“This book is a masterpiece of care, lyricism, joy and sadness in the midst of grief. Gilmore made me want to meet these people, to experience their personas, the auras that people put out. I was swept away . . . I couldn’t put it down,” enthuses Lois Banner, author and professor of History and Gender studies at the University of Southern California, about “On the Run with Bonnie and Clyde.”

In December, the small screen will be host to the newest interpretation of Bonnie and Clyde’s Depression-era saga. In an unprecedented three-network simulcast, A&E, Lifetime and the History Channel will air the event miniseries “Bonnie and Clyde” on December 8 and 9. Pop culture enthusiasts and historians alike will be interested in contrasting Gilmore’s narrative with that of the miniseries. 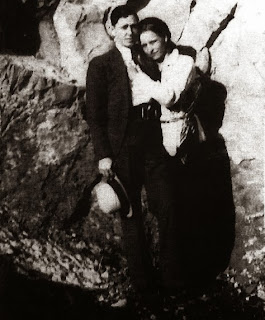 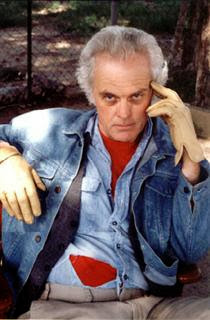 With more than a dozen titles to his credit, John Gilmore (http://www.johngilmore.com) is the most successful author currently working with Amok Books (http://www.amokbooks.com). Previous titles include “Inside Marilyn Monroe,” “Laid Bare,” “Hollywood Boulevard” and “Severed: The True Story of the Black Dahlia.” Firmly rooted in the noir tradition, Gilmore’s themes include the dark current that flows beneath the modern fascination with celebrity. Author, playwright and journalist Gary Indiana says, “John Gilmore is one of America’s natural-born gifts to literature. His books aren’t just inspiring and wicked by-products of genius: they’re miracles.”

Reprinted from THEORIGINALVANGOGH'SEARANTHOLOGHY.COM with permission. Copyright 2013
Posted by BARRY R. HUNTER at 4:03 PM