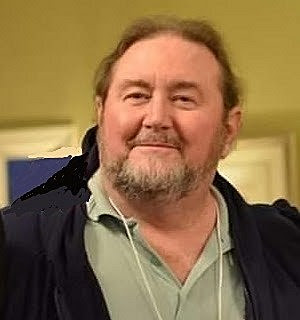 Tim was a retired electrical engineer with over 40 years with the Tennessee Valley Authority.

He was a longtime member of St. Jude Catholic Church. A lifetime reader of Science Fiction and Fantasy, Uncle Timmy was Founder and Chairman of Liberty Con 1 – 25, an original Board Member and Chairman of ChattaCon 7 – 11, and a staff member at numerous conventions throughout the southeast. He was the long running Editor/Publisher of the Fanzines The LibertyCon Newsletter (1987-1997) and The Revenge of Hump Day! (1997 to 2018).

He was also preceded in death by a brother, John Joseph Bolgeo. Tim is survived by his wife of almost 49 years, Linda Vannucci Bolgeo; children, Brandy Bolgeo Spraker and Jason (Jamie) Bolgeo; grandchildren, Alexander and Elizabeth Bolgeo Spraker and Tristan Bolgeo; siblings, Patricia (Archie) Stavrum and Robert Bolgeo; as well as many nieces and nephews. The family will receive friends from 4 to 5:30 pm on Thursday, May 16 at St. Jude Catholic Church, 930 Ashland Terrace, Chattanooga, TN 37415. A Mass of Celebration will follow at 5:30 pm on Thursday at St. Jude Catholic Church with Father Charlie Burton officiating.

In lieu of flowers, memorial contributions may be made in Tim’s name to the Sisters of Charity of Nazareth, Retirement Fund, P. O. Box 9, Nazareth, Kentucky 40048 Arrangements are by the North Chapel of Chattanooga Funeral Home, Crematory and Florist, 5401 Highway 153, Hixson, TN 37343.

Tim was one of my oldest friends in fandom. It was close to 40 years ago when we met at the DeepSouthCon in Birmingham. We maintained our friendship at other DSCs, ChattaCons, and LibertyCons (of course) which I attended as a fan and often times as a guest, panelist, or just a normal fan. He was almost bigger than life. He was known world wide, not just in the South.

The world has lost a spokesman for the science fiction field; the South has lost a true Southern Gentleman; his family has lost a patriarch; and I have lost a friend.

I'll catch you on the next bend of the river with Phil Farmer ...
Posted by BARRY R. HUNTER at 1:43 PM