The Ingenious by Darius Hinks 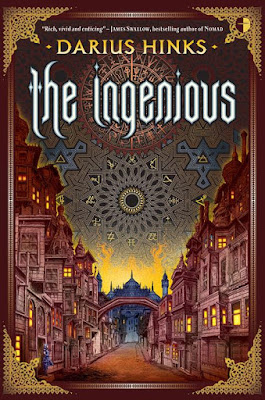 The Ingenious by Darius Hinks

Political exiles are desperate to escape from the impossible city that imprisons them, in this bloody and brilliant epic fantasy.

Thousands of years ago, the city of Athanor was set adrift in time and space by alchemists, called “the Curious Men”. Ever since, it has accumulated cultures, citizens and species into a vast, unmappable metropolis. Isten and her gang of half-starved political exiles live off petty crime and gangland warfare in Athanor’s seediest alleys.

Though they dream of returning home to lead a glorious revolution, Isten’s downward spiral drags them into a mire of addiction and violence. Isten must find a way to save the exiles and herself if they are ever to build a better, fairer world for the people of their distant homeland.