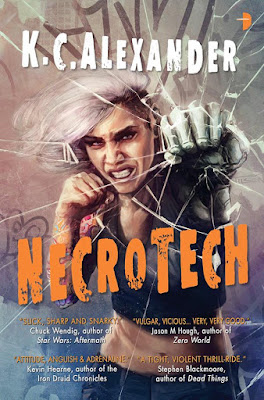 “Necrotech is a tight, violent thrill ride in a fascinating cyberpunk world with one of the most interesting women protagonists I’ve read in a long time.”
– Stephen Blackmoore, author of the award-nominated noir urban fantasy Dead Things