ON HER MAJESTIES bEHALF BY jOSEPH NASSISE

Inglourious Basterds meets Dawn of the Dead in 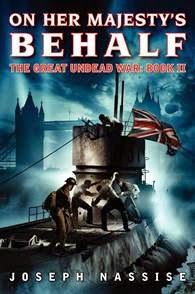 ON HER MAJESTIES BEHALF 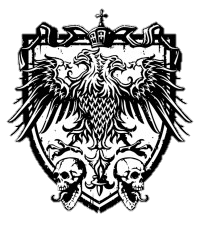 
"Nassise's apparently boundless imagination and thoroughly engaging storytelling make even the most unlikely of stories compelling. This second entry in The Great Undead War series is one in which fans of horror and history alike will revel. Nassise taps into something essentially human in each of his characters and their relationships, making this bizarre, pulse-pounding journey into something intensely absorbing and suspenseful. The historical details put a refreshing inventive spin on this particular apocalypse—and it all adds up to a story that won't be easy to put down or forget."


Zombies are undying—in more ways than one. Apart from the obvious “eternal life-after-death” thing, zombies have taken on an increasingly active role in pop culture—from the critical success of TV and graphic novel franchises the likes of Walking Dead, to the terrifying, award-winning joyride that is The Last of Us videogame, to the double-whammy success of the book and film adaptations of World War Z, it is clear that there is something about zombies that has sunk its teeth into society, and won’t be letting go anytime soon.


On Her Majesty’s Behalf is award-winning author Joseph Nassise’s answer to the undying trend. The international bestselling author splices the humor/ horror hybrid that is a signature of the zombie “genre” with something equally cool and trendy: steampunk. The copper-clad alternative history of steampunk provides a perfect twist on the undead. Nassise’s Great Undead War series takes readers on an “adrenaline-fueled” and “audacious” (Publishers Weekly) ride through a zombie-filled World War I, complete with some of its most celebrated and most notorious figures.


The lynchpin of Nassise’s alternate history is T-Leiche—also known as corpse gas. It’s a deadly, airborne weapon developed by the Germans in 1917, which can reanimate the dead…thus giving them an endless supply of horrifying soldiers, known as “shamblers.” In Book II of the Great Undead War Saga, we pick up with our heroes once again. “Madman” Burke and his company of soldiers—not unlike the “Howling Commandos” of Captain America fame—have survived the brutal killing fields of France, but time waits for no man, and they’ve got another mission. In classic SF/F fashion, their new mission is to rescue a princess. Except instead of getting her out of a medieval castle, Burke and his unlikely crew of heroes must foray into London: a city completely overrun by the undead.


Nothing is ever easy for the good guys, though (in case the army of the undead didn’t give it away). In this case, Madman Burke and his team are facing opposition from the head bad guy: Kaiser Richthofen, the undead Red Baron, and leader of Germany (Note: Nassise had Richthofen’s crest designed, and it appears above). Burke’s goal is to rescue the British royal family—but Kaiser Richthofen will stop at nothing to keep him from his goal…including sending the undead to foil his every move.


Action, adventure, and pure SF/F fun combine in Nassise’s amazingly imaginative novel. On Her Majesty’s Behalf is a wild ride, designed to more than satisfy any number of cravings: steampunk lovers, zombie-fans, and World War aficionados alike will love the story of Madman Burke, and his crew of soldiers.

Joseph Nassise is the author of more than two dozen novels, including the internationally bestselling Templar Chronicles series, as well as the first Great Undead War book, By the Blood of Heroes, and several books in the Rogue Angel action/adventure series from Gold Eagle.

You can visit him on the web at josephnassise.com.
Posted by BARRY R. HUNTER at 10:05 PM