A Note from Richard Kadey 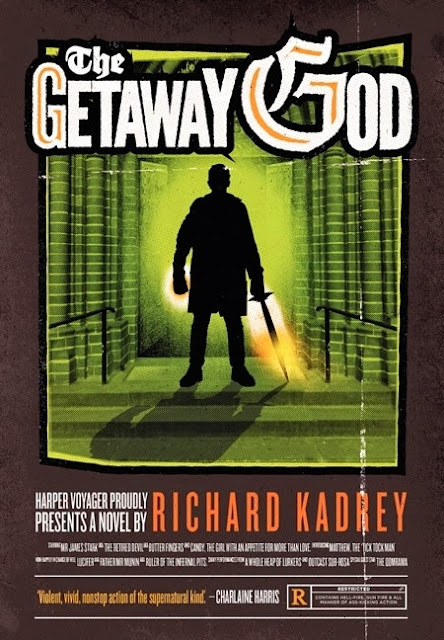 James Stark, aka Sandman Slim, wasn’t a killer when he was unjustly sent to Hell, but he learned a lot about murder while he was Downtown. Stark escaped back to LA to take revenge on the men who killed his girlfriend and sent him into the Abyss. Along the way, he reluctantly saved the world from destruction. Now it looks like he has to do it one more time.

The old gods that once ran the universe are coming back and they’re not happy. With no help coming from God or Lucifer, Stark is the only person alive with the strange skill set to do anything about it. He just wants some time off, but finds he has to pull the world’s bacon out of the fire. Again.

I hope you enjoy the new book. It takes Stark into new areas, while calling back to his origins. Have a drink. Have a smoke. Punch a shark. Whatever you do to relax, and take a look at THE GETAWAY GOD, out today.

It has teeth, but it doesn’t bite. I promise.