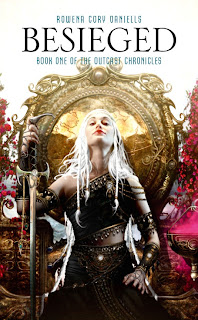 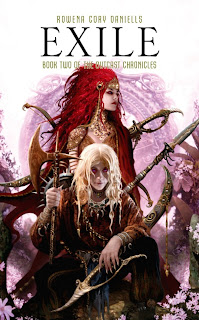 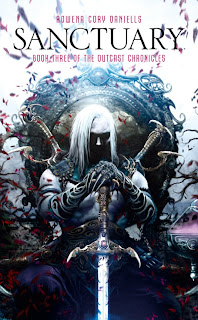 The books in the trilogy - Besieged, Sanctuary and Exile - each come with a lush, detailed fantastical cover by Clint Langley, who was responsible for the covers on Daniells’ best-selling The Chronicles of King Rolen’s Kin and whose artwork is regularly seen in weekly comic anthology, 2000 AD.

The Outcast Chronicles is the exciting new series that follows the fate of a tribe of dispossessed mystics. Vastly outnumbered by people without magical abilities, they are persecuted because ordinary people fear their gifts. This persecution culminates in a bloody pogrom sanctioned by the king who lays siege to the Celestial City, last bastion of the mystics.

This is a family-saga set in a fantasy world. Four people linked by blood, love and vows struggle with misplaced loyalties, over-riding ambition and hidden secrets which could destroy them. Some make desperate alliances only to suffer betrayal, and some discover great personal strength.

Jonathan Oliver, editor-in-chief of Solaris, said:
“When we commissioned Rowena’s brilliant new trilogy, Clint Langley was the obvious choice for the covers, having done a fantastic job on Rowena’s first trilogy, King Rolen’s Kin. Clint’s covers reflect the rich and involving world to be found within the pages of Rowena’s fascinating new series.”

Rowena Cory Daniells is devoted to her family (husband and six children) and writing. In her spare time she studies Tae Kwon Do, Aikido and Iaido, the art of the Samurai sword. The Outcast Chronicles marks the publication of her second major new fantasy trilogy for Solaris.
Posted by BARRY R. HUNTER at 12:06 AM