Prostitutes
A woman goes to her priest one day and tells him, "Father, I have a problem. I have two female talking parrots, but they only know how to say one thing."

"What do they say?" the priest inquired.

"They say 'Hi, we're prostitutes. Do you want to have some fun?'"

"That's obscene!" the priest exclaimed. Then he thought for a moment. "You know," he said, "I may have a solution to your problem. I have two male talking parrots whom I have taught to pray and read the bible. Bring your two female parrots over to my house, and we'll put them in the cage with Francis and Job. My parrots can teach your parrots to praise and worship, and your parrots are sure to stop saying ...that phrase... in no time."

"Thank you," the woman responded, "this may very well be the solution."

The next day, she brought her female parrots to the priest's house. As he ushered her in, she saw that his two male parrots were inside their cage, holding rosary beads and praying. Impressed, she walked over and placed her parrots in with them.

After a few minutes, the female parrots cried out in unison: "Hi, we're prostitutes. Do you want to have
some fun?"

There was a stunned silence. Finally, one male parrot looked over at the other male parrot and exclaimed,
"Put the beads away, Francis, our prayers have been answered!"
Posted by BARRY R. HUNTER at 12:00 AM No comments:

 I find it ironic that the colors red, white, and blue stand for freedom until they are flashing behind you.

 When wearing a bikini, women reveal 90% of their body. However, many men are so polite they only look
at the covered parts.

 Relationships are a lot like algebra. Have you ever looked at your X and wondered Y?

 America is a country which produces citizens who will cross the ocean to fight for democracy but until Donald Trump ran for president, would not cross the street to vote.

 You know that tingly little feeling you get when you love someone? That's your common sense leaving your body.

 My therapist says I have a preoccupation with vengeance. We'll see about that.

 I think my neighbor is stalking me as she's been Googling my name on her computer. I saw her doing it
through the telescope in my upstairs office last night.

 Money talks... but all mine ever says is good-bye.

 If you think nobody cares whether you're alive, try missing paying a couple of monthly utility bills.

 I always wondered what the job application is like at Hooters. Do they give you a bra and say, "Here, fill this out?"

 I can't understand why women are OK that Macy’s has an older women's clothing line named, "Sag Harbor."

 The location of your mailbox shows you how far away from your house you can go in a robe before you start looking like a mental patient.

 I think it's pretty cool how Chinese people made a language entirely out of tattoos.

 Money can't buy happiness, but it keeps the kids in touch!

 The reason Mayberry was so peaceful and quiet was that nobody was married. Andy, Aunt Bea, Barney,
Floyd, Howard, Goober, Gomer, Sam, Earnest T Bass, Helen, Thelma Lou, Clara and, of course, Opie, were
all single. The only married person was Otis and he stayed drunk.
Posted by BARRY R. HUNTER at 12:00 AM No comments:

The US Department of Veterans Affairs (VA) and the Federal Communications Commission (FCC) continue to team up to combat illegal robocalls targeting Americans, including Veterans and their families.

Each year, the FCC receives more than 200,000 complaints about unwanted calls. While this may seem like a big number, it pales in comparison to the millions of robocalls being made each day. The calls interrupt dinners and family time; they flood landline and mobile phones. Scam calls frequently solicit money for fake charities, including ones claiming to support America’s Veterans - some even claiming to be VA representatives.

We know that scam activity increases during the hustle and bustle of the holiday season, so the FCC and VA urge you to be vigilant. We offer the following tips to help you avoid unwanted calls and scams.

Don't answer calls from unknown numbers. Scammers may spoof their caller ID to display a fake number that appears to be local. If you answer such a call, hang up immediately.

Never give out personal information such as account numbers, Social Security numbers, mother's maiden names, or passwords in response to unexpected or suspicious calls.

Be sure to set a password for all voice mail accounts to avoid being hacked.

Register your number on the Do Not Call List to block calls from legitimate telemarketers.

Ask your phone company about call-blocking tools and services for your landline phone, and check for helpful apps that you can download to your mobile phone.

Please help spread the word about robocall fraud among those who may need assistance particularly those who are frequently targeted by phone scams.

Upon encountering a snake in the Area of Operation (AO)

Armor: Runs over snake, giggles and looks for more snakes.

Army Aviation: Has GPS grid to snake. Couldn't find snake. Back to base for crew rest and a manicure.

Ranger: Plays with the snake, then eats it.

Ranger (alt): Assaults the snake’s home and secures it for use by friendly snakes.

SEAL: Expends all ammunition, several grenades and calls for naval gunfire in a failed attempt to kill the snake. The snake bites the SEAL then retreats to safety.

Corps Artillery: Kills snake, but in the process kills several hundred civilians with a massive TOT with three Field Artillery battalions in support. Mission is considered a success and all participants are awarded Silver Stars. (Cooks, Mechanics, Legal Clerks etc)

Marine Recon: Follows the snake and gets lost.

Para rescue: Wounds the snake in first encounter, and then feverishly works to save the snakes life.

U.S. Special Forces: Makes contact with the snake, builds rapport, wins its heart and mind, then trains it to kill other snakes.
Posted by BARRY R. HUNTER at 12:00 AM No comments: 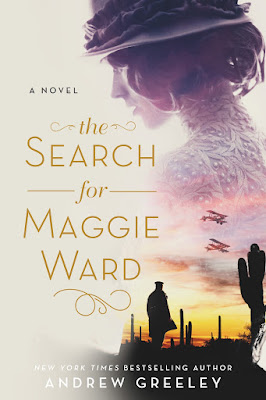 The Search for Maggie Ward is a poignant tale of love, loss, and faith set in the aftermath of World War I, from acclaimed New York Times bestsellling author and theologian Andrew M. Greeley.

Young Navy flier Jerry Keenan is supposed to be on his way home to Chicago, law school, and a postwar life that is socially acceptable to a well-off Irish Catholic family. Instead he is in Arizona delaying that homecoming while he wrestles with his memories of combat and the men he saw die.

That may be one reason an encounter with a girl at a Tucson lunch counter seems so appealing. Another reason is that she is mysterious, hauntingly beautiful, and very sexy—the perfect antidote for a troubled heart.

But just when Jerry realizes how much he needs Maggie Ward, she dramatically vanishes, or is taken, from him. And Jerry Keenan, in search of his destiny and his soul, must be willing to move heaven and earth to find the woman he loves.

"Greeley has that elusive ability to tell a story so that you want to find out what happens next."—Atlanta Journal

ANDREW M. GREELEY was a distinguished sociologist and priest, an acclaimed scholar and college professor, and the bestselling author of The Cardinal Sins, They Brother's Wife, Ascent into Hell, Patience of a Saint, St. Valentine's Night, and The Cardinal Virtues. His dozens of other novels include the popular Father Blackie Ryan mysteries, and his nonfiction works include the highly praised Making of the Popes and Myths of Religion. 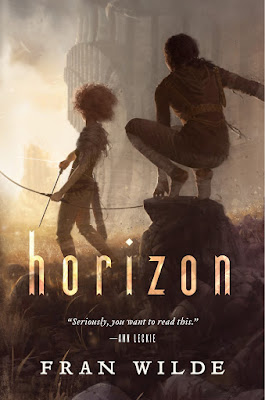 A City of living bone towers crumbles to the ground and danger abounds. Kirit Densira has lost everything she loved the most—her mother, her home, and the skies above. Nat Brokenwings—once Kirit's brother long before the rebellion tore them apart—is still trying to save his family in the face of catastrophe. They will need to band together once more to ensure not just their own survival, but that of their entire community.

"One of the most fun, imaginative fantasy novels...I'm already anxiously awaiting her next book." —Book Riot on Updraft

"That rare bird, the follow-up to a highly praised first novel that doesn't just equal its predecessor's accomplishments, but exceeds them." —Locus on Cloudbound

FRAN WILDE is an author and technology consultant. In 2015, her first novel, Updraft, accomplished the rare feat of winning the Andre Norton Award for Best Young Adult Science Fiction and Fantasy while also being nominated for the Best Novel Nebula Award. Her short stories have appeared in Asimov's, Nature, and Beneath Ceaseless Skies. Wilde also blogs about food and genre at Cooking the Books, the popular social-parenting website GeekMom, and at The Washington Post.