Tanith Lee has passed on to the next realm

British science-fiction and fantasy writer Tanith Lee has died, according to her publisher. Lee, 67, was a prolific author who also worked in radio and television; her dozens of books include Don't Bite The Sun and Death's Master — the latter of which was part of her popular Flat Earth series.

The writer's death was reported early Tuesday by the website Sci-Fi Bulletin and Tor.com, a website run by the publishing house. Her official website was updated Tuesday to show only the dates of her birth and death and a passage of text that includes the line, "Till the sky falls, and all things are flawless and need no words at all."

Lee "died peacefully in her sleep May 24, 2015 after a long illness," according to Locus magazine.

More details have not emerged; in 2010, Lee revealed she had been treated for breast cancer on at least two occasions.

At the time, she wrote, "So far though, I am clear, if losing lots of time back on the hospital-test-X ray carousel. I may, and could, flourish for years to come. But once more, I don't know how long I've got. As it says in the wonderful Blade Runner, 'Who does?' "

A highly decorated writer, Lee was nominated for two Nebula Awards, and many of her short stories, novels and anthologies were nominated for and/or won the World Fantasy Award. In 1980, Death's Master won the British Fantasy Society's August Derleth Award as the best novel of the genre.

Lee also wrote several children's books, including Piratica, and wrote two episodes of the British sci-fi TV series Blake's 7. Her book Don't Bite The Sun was nominated as a finalist for NPR's list of the 100 best science-fiction and fantasy books.

Lee's work ranged from tales set in historic Venice to vampire stories and re-imagined folklore. In other stories, she blended modern life with elements of horror and magic. Her books, and hundreds of short stories, came despite dyslexia, which delayed her reading. She told Locus magazine in 1998:

"When I started as a writer, I knew nothing about publishing — nothing about anything! I didn't learn to read until I was nearly eight. My father had to teach me. My mother used to tell me fairy stories, most of which she made up herself, which were wonderful — and many of which I've ripped off for things, subsequently! When I was nine, about a year after I learned how to read, I started to write."

"I have to write longhand, and no one can read my writing, I have to type my own manuscripts, because I'm going almost in a zigzag, across and then down. (I don't write backwards, I've never been able to do that!) Fortunately, it's not like a circus trick where, when they try to work out how they did it, they're unable to do it. If I can't see something enough, I shut my eyes and look at it, and I don't feel I am writing — I'm there.

"I used to throw away my holograph manuscripts after I'd typed them, but I'm keeping a lot of them now, because obviously, at 50, I'm starting to think, if anyone ever is interested in me after I'm dead, they can look and see, 'My god, this woman was a maniac!' "

Lee is survived by her husband, John Kaiine, an artist and writer whose previous jobs included gravedigger.

On a personal note, when Elsie Wollheim of DAW Books sent me her first book, THE BIRTHGRAVE, I realized I was reading the first of many, many more fantasy novels. There are also some science fiction, horror, alternate history, and re-imagined faery tales in her repertoire. One of the first BARYON quotes was used on her second book from DAW, VAZKOR, SON OF VAZKOR It was the first of many to appear on her titles. This is a great loss to the world and a very personal loss for me. Bright Blessings to Tanith on her new life in another realm.

A LITTLE FILM CLIP FOR YOU TODAY 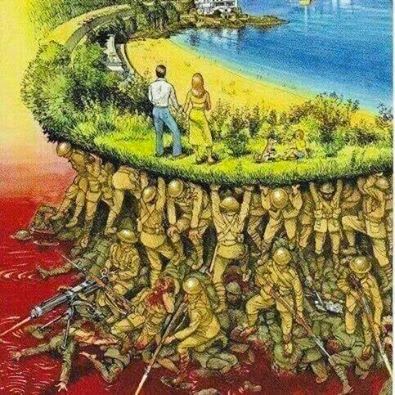 How freedom is really obtained!
Posted by BARRY R. HUNTER at 5:47 PM No comments: 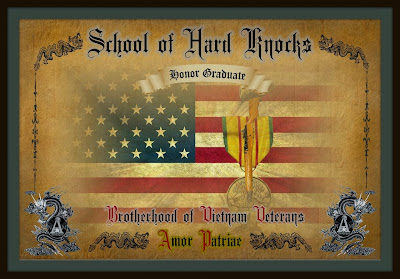 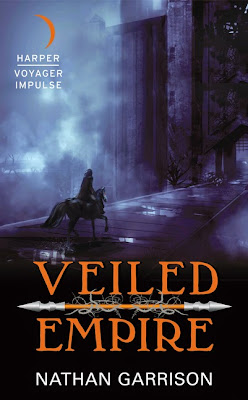 
Everyone be sure to tell your Mother how much you love and give her a hug. If you can do that, at least call Her or say a prayer for her in Heaven!
Posted by BARRY R. HUNTER at 2:54 PM No comments: 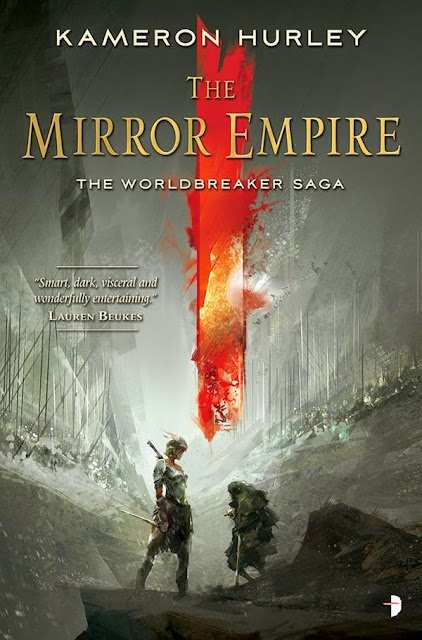 We're overjoyed that Kameron Hurley, author of The Mirror Empire, and newly announced finalist of the Locus Fantasy Novel Award, is releasing book three of the awesome Worldbreaker Saga, The Broken Heavens through Angry Robot Books.

Marc Gascoigne, Robot Overlord & Publisher, writes: “What is there left to say about Kameron Hurley that hasn’t already been captured in the swathes of rave reviews, Hugo Award acceptance speeches, think pieces and blog posts? Well, this: The Mirror Empire saw her burst from the gates as a fully-formed A-list fantasy author. Empire Ascendant, as readers will soon discover for themselves, shows her relaxing into her powers, utterly in command of her characters and their world. Now it’s time to see what she does by way of a third act and I, along with her many fans, cannot wait.”

Kameron added: “I’m thrilled to bring readers the third and final volume of the Worldbreaker Saga with Angry Robot Books. They’ve been eternal champions for The Mirror Empire and Empire Ascendant and I’m super pleased to bring the whole series to a suitably epic conclusion in The Broken Heavens. Get ready for the end of the world – Hurley style.”

We're all delighted to have Kameron on board for book three and can't wait to see how The Broken Heavens will bring the saga to its epic conclusion.

Before you get ahead of yourself with breathless anticipation for book three however, make sure to catch the second book in the series, Empire Ascendant, out this October.