Beth Cato burst onto the steampunk scene in September of 2014 with The Clockwork Dagger, and she blew away fans, critics, and fellow authors with her thoughtful, unique blend of steampunk technology and real world science. Octavia Leander was a character that readers grew to love: a preternaturally gifted medician, equally skilled in non-magic medical science as she is in supernatural healing arts. In The Clockwork Dagger, we saw how her incredible abilities drove a wedge between her and her peers, even between her and her mentor and surrogate mother, Miss Percival. But now, in The Deepest Poison (on-sale 4/28), Beth Cato is asking one of the most telling questions in speculative fiction: what makes a villain?

Told from the point of view of Miss Percival—a supremely gifted medician in her own right—The Deepest Poison takes place several months before the events of The Clockwork Dagger, on the front lines of the seemingly endless war between Caskentia and the Waste. Where Octavia apparently has a direct line to the goddess known as the Lady, explaining her extreme abilities, Miss Percival has years of experience and no small ability of her own. But will that be enough? Already, Octavia’s skills outstripe her own, and it’s only a matter of time before others start to realize it…

For those who have not yet partaken of the steampunk fantasy delights wrought by Beth Cato, The Deepest Poison is a perfect jumping on point. It can be taken as a thought-provoking stand alone, or a fascinating companion novelette to Cato’s critically acclaimed Clockwork Dagger duology.

Octavia Leander, a young healer with incredible powers, has found her place among Miss Percival’s medicians-in-training. Called to the front lines of a never-ending war between Caskentia and the immoral Wasters, the two women must uncover the source of a devastating illness that is killing thousands of soldiers. But when Octavia’s natural talents far outshine her teacher’s, jealousy threatens to destroy their relationship-as time runs out to save the encampment.

Beth Cato hails from Hanford, California, but currently writes and bakes cookies in a lair outside of Phoenix, Arizona. She shares the household with a hockey-loving husband, a number-obsessed son, and a cat the size of a canned ham.
Posted by BARRY R. HUNTER at 8:59 AM No comments:

Results on my QUESTION


Well, it's not surprising that I only received one comment after posting this on three sites.

Apparently, no one cares about the way the world is going to hell in a hand basket.

I guess I shouldn't be surprised, after all, I believed that Agent Orange wouldn't hurt anyone.
Posted by BARRY R. HUNTER at 12:15 AM No comments:

WASHINGTON – In order to expand eligibility for the Veterans Choice Program, the Department of Veterans Affairs (VA) today announced that it will determine eligibility for the Veterans Choice Program based on the distance between a Veteran’s place of residence and the nearest VA medical facility using driving distance rather than straight-line distance. This change has been published in the Federal Register and is effective immediately.

“VA is pleased to announce the distance calculation change from straight-line to driving distance for the Veterans Choice Program,” said Secretary Robert McDonald. “This update to the program will allow more Veterans to access care when and where they want it. We look forward to continued dialogue with Veterans and our partners to help us ensure continued improvements for Veterans’ to access care.”

For more details about the department’s progress and related information, see www.va.gov/opa/choiceact/factsheets_and_details.asp.

PLEASE COMMENT ON THIS TO SEE IF I AM THE ONLY ONE THAT FEELS THIS WAY.

WE LIVE ON ONE PLANET, WE ARE ALL HUMAN BEINGS, WE ARE EITHER A MALE OR A FEMALE. WE LIVE IN DIFFERENT PLACES CALLED COUNTRIES. WE HAVE MANY RELIGIONS. WE FALL IN LOVE. WE CAN'T SEEM TO GET ALONG DUE TO BELIEFS, COUNTRIES, AND PERSONALITIES.

MY QUESTION IS: WHY CAN'T WE GET RID OF ALL THE LABELS, WORK ON UNDERSTANDING EACH OTHER, LOVE WHOEVER WE WANT TO LOVE, AND JOIN TOGETHER AS THE HUMAN RACE, AND EVERYONE WILL JUST BE CALLED HUMAN?

OR AM I TOTALLY CRAZY IN THING THIS COULD HAPPEN?

As some of you may already know, I will soon be leaving to prepare for my own debut...my first baby! With that, we have been actively searching for my maternity cover, someone crazy enough to fit in with us here at AR HQ and capable of negotiating the world we inhabit.

I am delighted to introduce you to Penny Reeve. Penny joined us as an intern back in February and has impressed from Day One. She comes to us from a public relations background and is also the community editor for LeftLion magazine, a Nottingham culture magazine. She has wonderful experience with all things publicity and I've no doubt will be a great addition to our team.

Penny's move from intern to employee is immediate, and you can reach her at penny.reeve@angryrobotbooks.com. We're throwing her in at the deep end with blog tours for authors such as Danielle L. Jensen, Ishbelle Bee, Susan Murray, Rod Duncan, and Alyc Helms on the immediate agenda. If you'd like to take part in any of these tours, drop Penny a line. I'm here until Friday 29 May, and am already thinking of how quiet my life will be without my Robot Army...until I realise there'll be a tiny baby screaming for my attention. But for now, here's more on Penny: 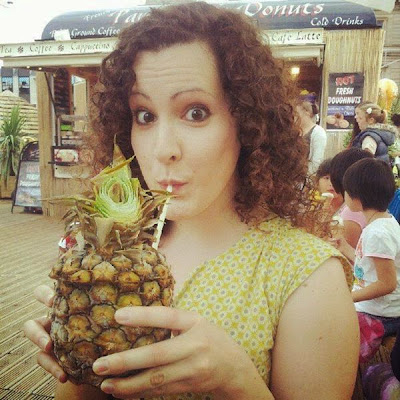 Penny started her working life dealing with criminals but quickly realised that the novels of Tom Robbins suited her tastes, rather than those of Fyodor Dostoyevsky, so she left to spend the next few years roaming the world teaching children and Tibetan monks the English language.

On returning to the UK, Penny took up a public relations job and worked for used cooking oil, potatoes and retail. However the lure of the Robot Overloads was too much for her and, pulled in by their gravitational force Penny took up an internship. The rest, as they say, is history.

Do reach out to greet Penny, and help make her feel at home. I've told her how fantastic our Robot Army are and I've no doubt you'll all get along wonderfully.

PLANS FOR THE DAY AFTER TAX DAY


HEADED TO ATLANTA TO MY SECOND MOST FAVORITE PLACE IN ATLANTA. CAN YOU GUESS WHERE? (THE VARSITY IS NUMBER 1.)
Posted by BARRY R. HUNTER at 10:18 AM No comments:


Still having problems with my new medicines. Something new pops up every time something gets straightened out. Now I'm having headaches that are moving around, side to side, back to front, and over and over.
Posted by BARRY R. HUNTER at 12:44 AM No comments: 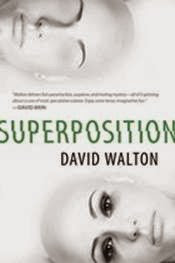 Welcome to issue #93 of the Donald M. Grant Newsletter

This 8 x 8 inch 96 page hardcover book was published in an edi-
tion of 1,000 copies; 500 for United States distribution and 500
for European distribution. It is a joint Donald M. Grant, Imbroglio and Allen Spiegel Fine Arts publication which pre-
miered at Phil's Gallery Show opening at Jonathan Levine's
Gallery in New York City on February 21, 2015 and contains all 15
paintings exhibited as well as pencil drawings, an introduction by
Michiko Oki and a conversation with Justin Mortimer.

Retail price is $49.50 plus shipping and can be ordered at:

This site will be live in a day or two.

In 1975 I commissioned Jeffrey Jones, Shary Flenniken, Bobby
London and Gahan Wilson to create T-Shirt designs of the charac-
ters they drew in the Comic section of NATIONAL LAMPOON
magazine. These shirts are made with the original T-Shirts trans-
fers which were made in 1975 and have been in storage since we
stopped selling the shirts in 1976 or 1977. The colors are made by
a 'sublistatic dye' process and the shirts are as bright as they were
40 years ago. The process does not work on cotton and these
shirts are 100% polyester in a T-Shirt cloth weave. You can check
them out at:

Sorry about not posting lately.Still having extra high blood pressure problems and adjusting the meds again. So I get to enjoy headaches along with everything else that is going on. 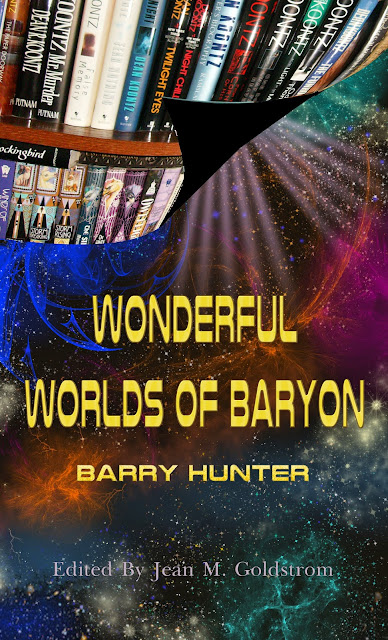