Marty Balin, the co-founder of Jefferson Airplane and the band’s lead singer and guitarist, has died at age 76.

Billboard confirmed Balin’s death, although the cause is not clear. He died Thursday.
Posted by BARRY R. HUNTER at 9:08 PM No comments:

The VA Office of Inspector General (OIG) conducted a healthcare inspection at the request of several members of Congress to assess pain management practices including opioid prescribing and the treatment of substance abuse at Veterans Health Administration (VHA) medical facilities. The OIG found that pain management services were offered at most VA medical facilities, and nearly all facilities offered substance abuse treatment using either methadone or Suboxone®. While the OIG was able to characterize the distribution of pain specialists and pain clinics in VHA, a staffing standard was not identified that would allow determination as to whether this pattern of staffing sufficed to meet demand for pain services. Of the more than 5.7 million VA patients (non-hospice/palliative care) with at least one clinical encounter in fiscal year 2015, the OIG found that 16.7 percent were dispensed opioids. The OIG observed that 93.9 percent of this population had been diagnosed with pain or mental health issues and 56.7 percent of patients with both. The OIG assessed the frequency of higher-risk groups including those veterans prescribed opioid doses greater than 200 morphine equivalents per day or those prescribed both opioids and benzodiazepines. The OIG also examined other practices that reduce the risk of opioid prescribing including the frequency of urine drug testing, use of non-opioid pain treatments such as psychosocial and integrative health, and substance abuse treatment. The OIG made 10 recommendations to the VHA Executive in Charge related to state prescription drug monitoring programs, the number of patients on chronic opioid therapy on a primary care provider’s panel, pain management specialists, pain assessment tools, complementary and integrative health services, urine drug testing, concurrent use of benzodiazepines and opioids, and medication reconciliation.
Posted by BARRY R. HUNTER at 9:24 AM No comments:

Many of you have been asking about our annual Halloween Series book for this October. As I posted on Facebook a few weeks back, there won't be one this year, I'm sorry to say. Schedules for all involved parties just didn't synch up...first time in 14 years. I sincerely appreciate all the emails that have come in asking about the book, and I apologize for any disappointment. I am saddened too.

But...you can look forward to one next October....and why not reveal it now, a novel for which the contract was just finalized. James A. Moore will return to the town of Blackstone Bay one final time, in the third novel in the Blood Red trilogy: BLOODLINES. Jim recently told me that it will be "a final showdown between Jason Soulis and the town of Blackstone Bay, this time with the promise that one of the arch vampires will fall and never rise again. The detectives will be back, of course, and the secret reason for Jason Soulis's visiting the town repeatedly will be revealed. Let's call it a secret history written in sin." I, for one, am counting the days until Jim turns in the manuscript!


GLIMPSES finally at the printer!

A decade in the works and the deluxe edition of GLIMPSES is finally at the printer. (Seriously. Proofs are on their way to me as I type this.) The dustjacket is below. At this point, given there are several other less expensive editions folks can choose from, I've dropped the price of this limited edition hardcover from $85 to $75 and the print run from 250 to 100 copies. No slipcase. Signed by the author, with page ribbon marker, nice endsheets, etc. Foreword by Iain Matthews. A brilliant and comprehensive introduction by Richie Unterberger, award-winning rock music journalist, that is nearly 7000 words in length! With period pictures, one of which has never been published before (of Hendrix). Small print run. If you love this book, this is the edition you must have!

Earthling to publish NOTHING TO DEVOUR

Glen Hirshberg's latest and final novel in the Motherless Child series, NOTHING TO DEVOUR, just received a Starred Review in Publisher's Weekly (the first two books did as well) -- congrats, Glen! They say:

"It's quite a feat to write a vampire novel without ever once invoking the V-word, but Hirshberg does so with consummate skill in this wrenching third Motherless Children horror novel. His novel is a dramatic tour de force that compels reader sympathy for mortals and monsters alike."

We will be publishing a deluxe version of this book, with similar design details and cover art by Vincent Chong, early next year. There will also be an optional/separate special slipcase to hold all 3 books. More about this project in the coming months!

Thanks and all best,
Paul Miller, Publisher
Earthling Publications
Posted by BARRY R. HUNTER at 11:08 PM No comments:


Burt Reynolds, whose blend of machismo and wise-guy playfulness helped him become a Hollywood action star in the 1970s, dies at 82
Posted by BARRY R. HUNTER at 3:29 PM No comments: 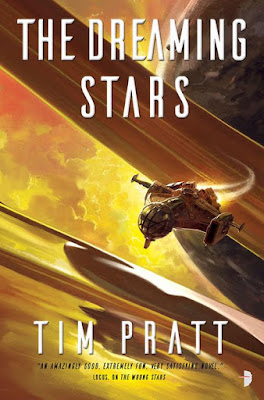 The crew of the White Raven returns to save the galaxy, in this brilliant space opera sequel to The Wrong Stars

Ancient aliens, the Axiom, will kill us all – when they wake up. In deep space, a swarm of nanoparticles threatens the colonies, transforming everything it meets into computronium – including the colonists. The crew of the White Raven investigate, and discover an Axiom facility filled with aliens hibernating while their minds roam a vast virtual reality. The treacherous Sebastien wakes up, claiming his altered brain architecture can help the crew deactivate the swarm – from inside the Axiom simulation. To protect humanity, beleaguered Captain Callie Machedo must trust him, but if Sebastien still plans to dominate the universe using Axiom tech, they could be in a whole lot of trouble. 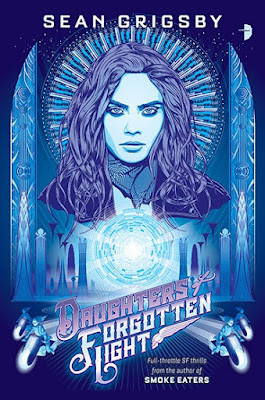 A floating prison is home to Earth’s unwanted people, where they are forgotten… but not yet dead, in this wild science fiction adventure.

Deep space penal colony Oubliette, population: scum. Lena “Horror” Horowitz leads the Daughters of Forgotten Light, one of three vicious gangs fighting for survival on Oubliette. Their fragile truce is shaken when a new shipment arrives from Earth carrying a fresh batch of prisoners and supplies to squabble over. But the delivery includes two new surprises: a drone, and a baby. Earth Senator Linda Dolfuse wants evidence of the bloodthirsty gangs to justify the government finally eradicating the wasters dumped on Oubliette. There’s only one problem: the baby in the drone’s video may be hers. 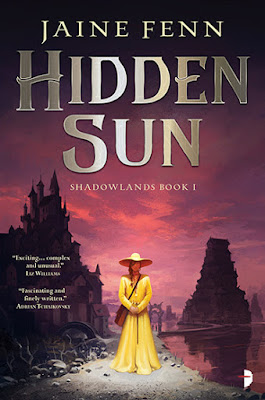 An eccentric noblewoman scientist’s journey into a strange new land will change her world forever, in this enthralling fantasy novel.

Rhia Harlyn is a noble in Shen, one of the dozens of shadowlands which separate the bright, alien skyland. She has a missing brother, an unwanted marriage proposal and an interest in science considered unbecoming in her gender. Her brother’s disappearance coincided with a violent unsolved murder, and Rhia impulsively joins the search party headed into the skyland – a place whose dangers and wonders have long enthralled her. The dangerous journey brings her into conflict with a young rebel stuck between the worlds of shadow and light, and a charismatic cult leader who believes he can defeat death itself.