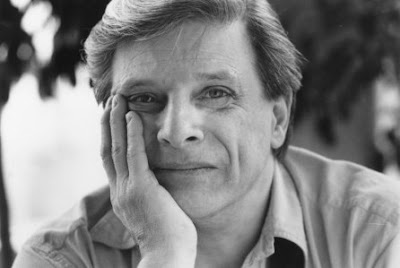 I was not able to get onto social media until tonight. When I got on Twitter, the first one I read was by Joe Lansdale saying that Harlan Ellison had passed over in his sleep. Harlan was 84 and although he had been sick, I would have expected him to go out giving the Grim Reaper a critique on his style.

It has been said that just about everyone in fandom has a "Harlan story". I have heard a lot of them. Many from Harlan himself. I can think of the letters I received over the course of Baryons life span. All of them marked "not for publication". One of the reasons was that it ruin his reputation as an angry, hard to get along with curmudgeon.

When we finally met in person, he yelled across the DragonCon Auditorium "Hey Susan, It's Barry". I was surprised that Susan had any idea who I was. All of our times together were too short, but at least they happened.

All my memories of Harlan are good ones. I cherish them, I am amazed at some of them, and tonight, I feel them in my heart and it is hurting.

Goodbye Harlan, my friend.
Posted by BARRY R. HUNTER at 10:54 PM No comments:

Veteran sets himself on fire in front of Georgia Capitol, protesting treatment by VA 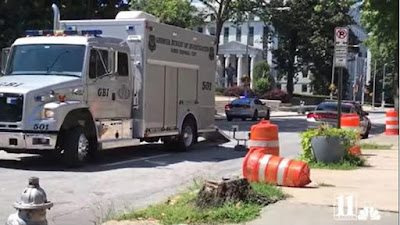 An Air Force veteran set himself on fire in front of Georgia’s state Capitol in Atlanta on Tuesday morning, reportedly in an act of protest against the Department of Veterans Affairs.

The 58-year-old man parked his vehicle next to the Capitol around 10:45 a.m., then walked toward the building according to police.

Georgia State Patrol Capt. Mark Perry said, “He was strapped with some homemade incendiary devices, some firecrackers, and doused himself with some kind of flammable liquid and attempted to set himself on fire.”

An off-duty trooper happened to be driving by in his patrol car and realized what was happening. He rushed toward the veteran with a fire extinguisher “and was able to douse him pretty quickly” Capt. Perry said.

The veteran was rushed to Grady Memorial Hospital with burns covering 85 to 90 percent of his body. His identity has not been released.

Officials closed off streets surrounding the Capitol, evacuated the building as well as judiciary buildings and a nearby day care. They also searched the vet’s vehicle (as well as the Capitol grounds) for any possible additional explosives.

The Bureau of Alcohol, Tobacco, Firearms and Explosives, the Atlanta Police, and the George Bureau of Investigation all worked in coordination following the incident.

Commissioner Mark McDonough of the Georgia Department of Public Safety told reporters, “It looks like a veteran that was disgruntled with the VA did a personal protest in front of the Capitol which involved gasoline and some fireworks.”

Captain Perry confirmed that the vet was able to speak after the incident, saying, “He did indicate that he is disgruntled with the V.A. system and was seeking attention for that.”

This is the second time in just a few years that a veteran has publicly set themselves on fire in protest of the VA. A 51-year-old vet died in March of 2016, after fatally burning himself outside a New Jersey Veterans Affairs clinic out of protest for not receiving the care he needed.

For several years, the VA has been plagued by scandals. President Trump has vowed to clean up the Department, signing last year’s VA accountability act into law, firing secretary of veterans affairs David Shulkin in March, and donating one quarter of the president’s own first quarter salary to the Department of Veterans Affairs in May.

Photos from Vietnam, all those years ago


Photo of Vietnamese fisherman on the Mekong Delta where Agent Orange killed all the trees. 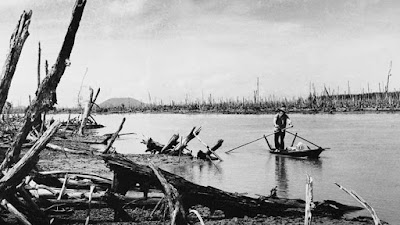 Some of the bugs that Raid couldn't kill. 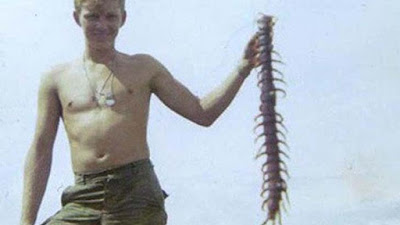 President Trump just signed the Mission Act, which is supposed to help ailing US veterans get prompt care, including the ability to see a civilian doctor on Uncle Sam’s tab.

Don’t count on it.

The fine print shows that vets are guaranteed nothing. The Veterans Affairs secretary is simply empowered to make rules for who gets civilian care. Though Trump and his pick for secretary, Robert Wilkie, favor making it easy for vets, Wilkie’s rules could last only as long as Wilkie remains in office. Worse, they don’t go into effect for two and a half years.

That’s too late for the hundreds of Vietnam vets, now in their 60s and early 70s, who are carrying a dangerous parasite picked up in Asia called liver fluke. Many don’t know it, but it’s a ticking time bomb likely to kill them.

Scandalously, the VA is doing zip to identify and treat these infected vets, even though an ultrasound test can detect liver-fluke infection in minutes and medicine can slow its progression into lethal bile-duct cancer. If there were ever an example of vets needing to be in the driver’s seat about getting outside care, this is it. But the Mission Act requires them to get their VA doctor’s permission first.

Remember the nation’s shock in 2014 when 40 vets died on secret waitlists concocted by VA bureaucrats? That toll is miniscule compared with the deaths being caused right now by the VA’s neglect of vets with liver fluke.

In January, researchers at the Northport, NY, VA found that one out of every five vets tested who remembers eating raw fish in Vietnam — a common practice when rations ran out — is carrying the parasite. More than 100,000 vets could be infected. The parasite lingers in the body for decades, and then — wham — can suddenly cause deadly bile-duct cancer. Some 80-90 percent of them will develop the cancer if their infection goes untreated, according to New York physician Dr. John Cahill, an expert on parasites.

Cahill says he’d like to see every vet who ate raw fish while in Vietnam contacted for an ultrasound.

Instead, the VA is serving up gibberish, claiming “there is currently no evidence that vets have higher infection rates than the general population.”

That’s ridiculous. You can’t get infected with liver fluke in the US. The parasite doesn’t exist here. Cahill calls bile-duct cancer “extremely rare” among the US population. The other highest-risk group is Asian-Americans who travel or once resided in Southeast Asia.

Here’s another whopper. The VA is telling vets if they don’t have jaundice or other symptoms, “they don’t need screening.” In fact, Nampiaparampil stresses that by the time those symptoms appear, the cancer has often progressed too far.

The VA claims there’s “no definitive link” between the parasite and cancer. In truth, there’s a pile of research linking the two. Researchers at Tulane and George Washington University proved the link in 2007 in an article “Liver Fluke Induces Cholangiocarcinoma.” So did findings in the journal Cancer Science in 2010, calling liver-fluke infection “the strongest risk factor” for cancer of the bile duct.

The VA double talk is typical. They did the same thing with service-linked ailments from the Gulf War. This time the VA is launching a “large-scale epidemiological study” that will be ready in about two years.

Pile up reports and do nothing. You could pave over Washington, DC, with the reports produced by the VA.

Meanwhile, Facebook and local newspapers are chronicling the deaths of Vietnam vets from liver-fluke-related cancer.

Time is running out. Vietnam vets need to be contacted, tested if they ate raw fish and treated if they have the infection. The Mission Act isn’t going to save them or other sick vets, any more than previous VA “reform” laws, all hailed by self-congratulating Washington pols when they were passed.


Betsy McCaughey is a senior fellow at the London Center for Policy Research.


PRESIDENT DONALD J. TRUMP PROVIDES RESOURCES FOR VETERANS TO GET THE CARE THEY DESERVE FROM THE DOCTORS THEY WANT
“My pledge to you, our noble warriors, is that my Administration will support you, and your loved ones, and your amazing families every single day, now and always.” – President Donald J. Trump

FUNDING HEALTHCARE FOR OUR VETERANS: Today, the President signed legislation providing our veterans with the funding they have earned through their sacrifices for our country.

· America’s veterans deserve timely access to the highest quality of care possible and funding for the programs that keep them healthy and well.

o That is why President Trump and the Department of Veterans Affairs worked closely with Congress and Veterans Service Organizations to create draft legislation to support our veterans.

· The VA MISSION Act provides $5.2 billion in mandatory funding for the Veterans Choice program until a new consolidated program is implemented, which provides veterans with flexibility to receive care at both Department of Veterans Affairs (VA) and private health facilities.

· Since its creation in 2014, more than two million veterans have used the Veterans Choice program and have scheduled more than 41 million appointments in their communities.

o The new program is projected to take effect one year from enactment.

· The new consolidated program will increase transparency and accountability, and ensure that veterans receive the right care at the right time with the right provider.

· The bill also accelerates the processing of claims by community providers so that they are addressed in a prompt and timely manner.

· The bill authorizes access to walk-in community clinics, so that veterans have immediate, local access to non-emergency convenience care.

· The new program strengthens the process between the VA and the community healthcare providers who prescribe opioids to veterans.

IMPROVING AND EXPANDING CARE: The VA MISSION Act provides new resources and creates new programs to build on and improve the care our veterans receive.

· The VA MISSION Act expands eligibility for the Comprehensive Assistance for Family Caregivers program, allowing caregivers for all veterans to access.

· The bill further allows the VA to modernize its assets and infrastructure to serve our veterans in the best possible way.
Posted by BARRY R. HUNTER at 4:28 PM No comments: